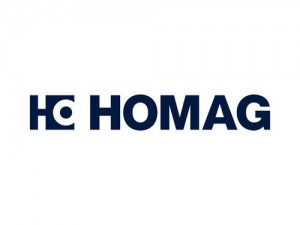 In the first quarter of 2018, the HOMAG Group further increased its level of incoming orders, after a very good quarter in the previous year. The world’s leading supplier of integrated solutions for production in the woodworking industry and trade continues to invest heavily in digitization.

“Our order intake was buoyant, especially in northern and eastern Europe as well as the United States”, explains CEO Pekka Paasivaara. “As expected, due to the SAP rollout in our largest plant in Schopfloch, we delivered fewer systems in the first quarter. As the year proceeds, we anticipate sales and earnings to grow.” Paasivaara concluded.

Paasivaara was satisfied with the HOLZ-HANDWERK trade fair, which took place in Nuremberg in March. “Here we showed that we are already offering end-to-end solutions for digitizing production. We presented networked cells, automated guided vehicles and robots for automated manufacturing, among other things. We also impressed our customers with our smart manufacturing execution system”, adds Pekka Paasivaara.